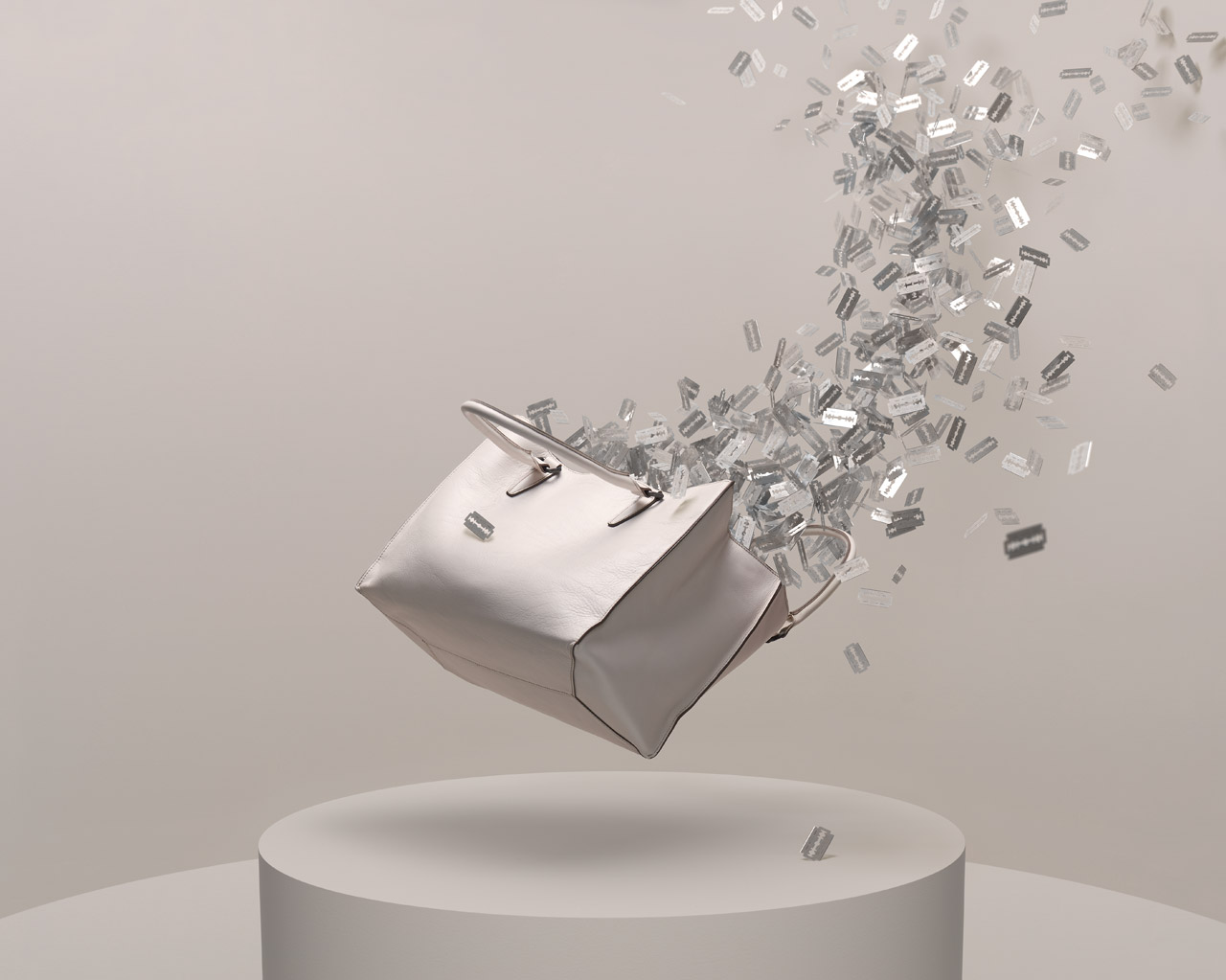 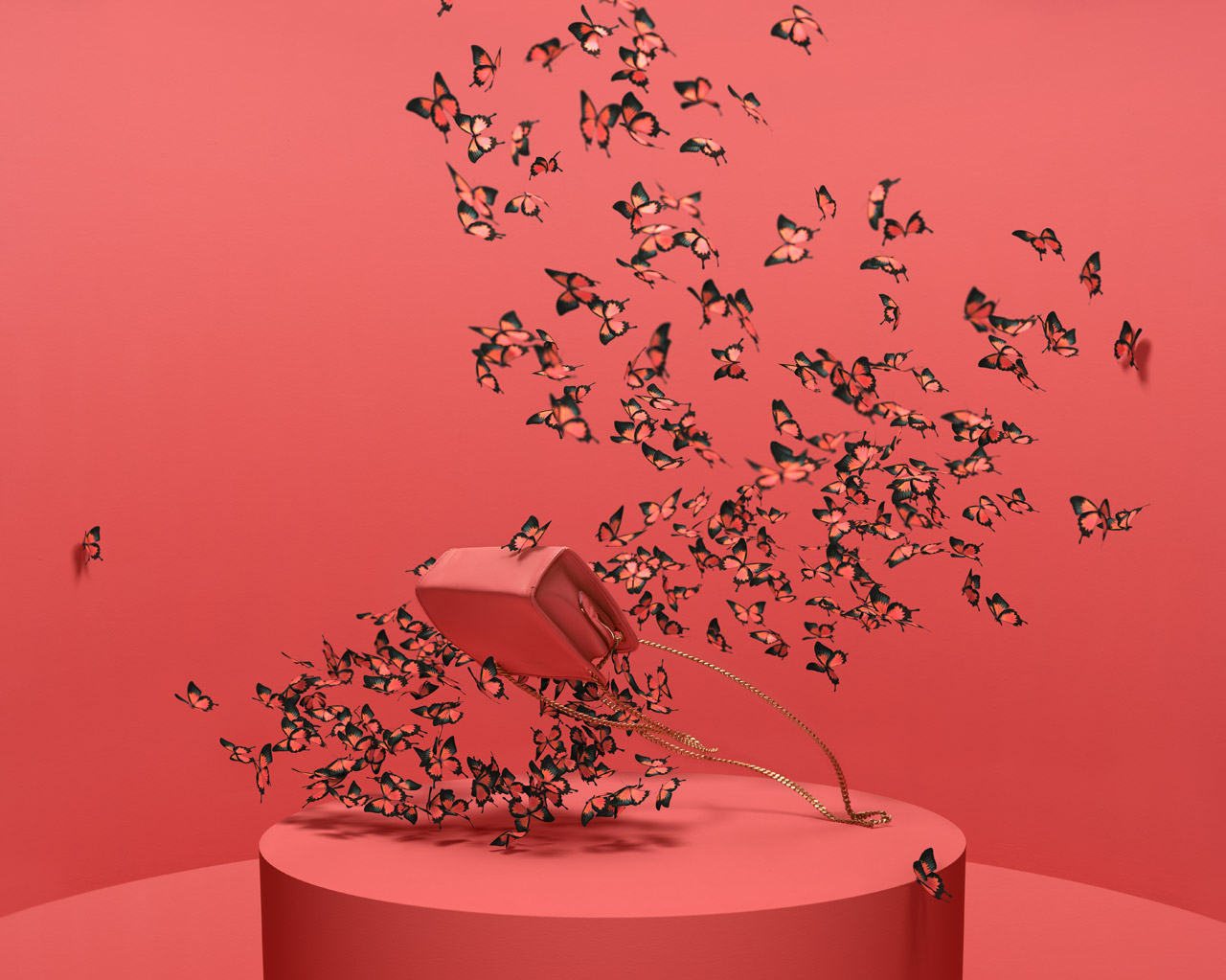 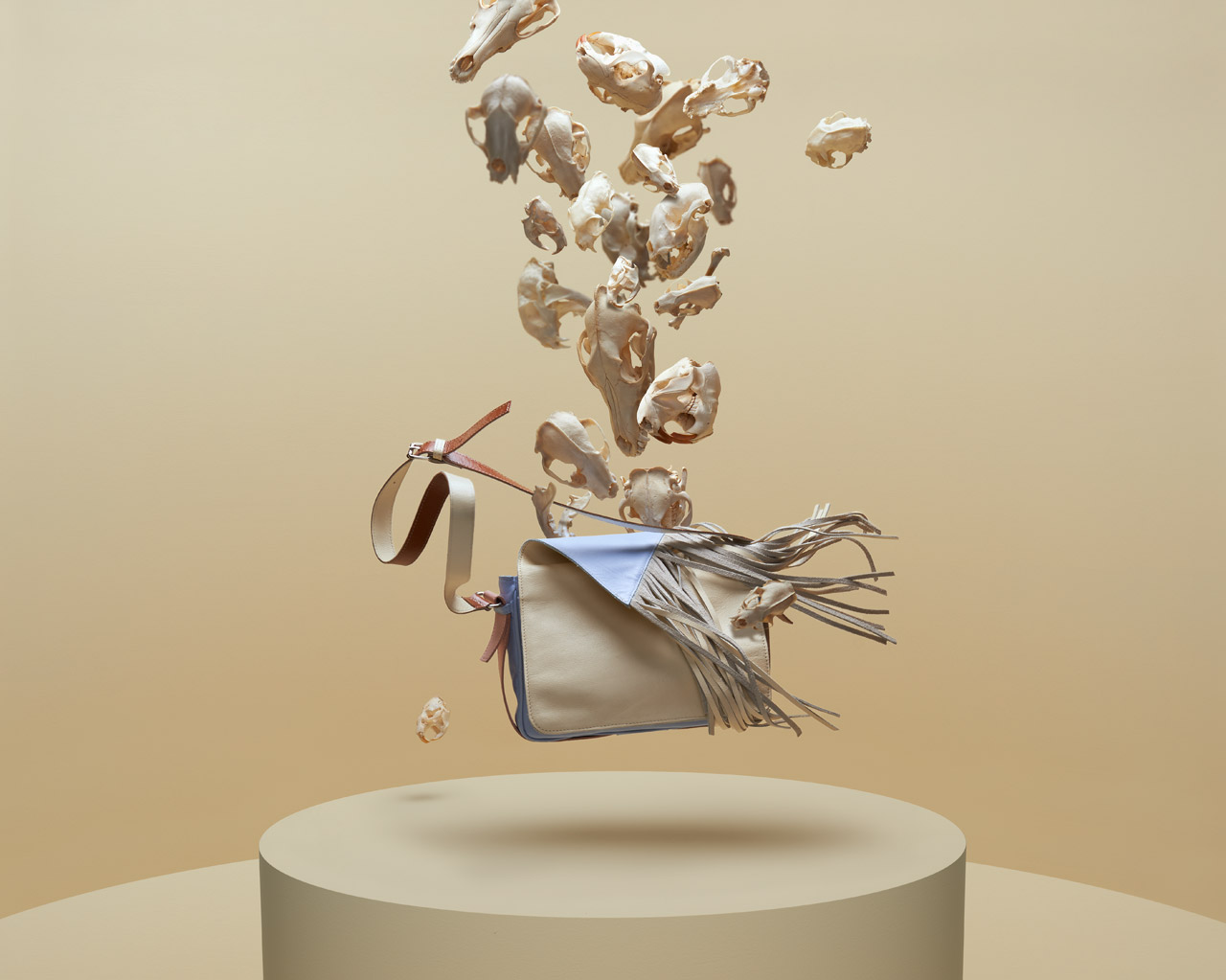 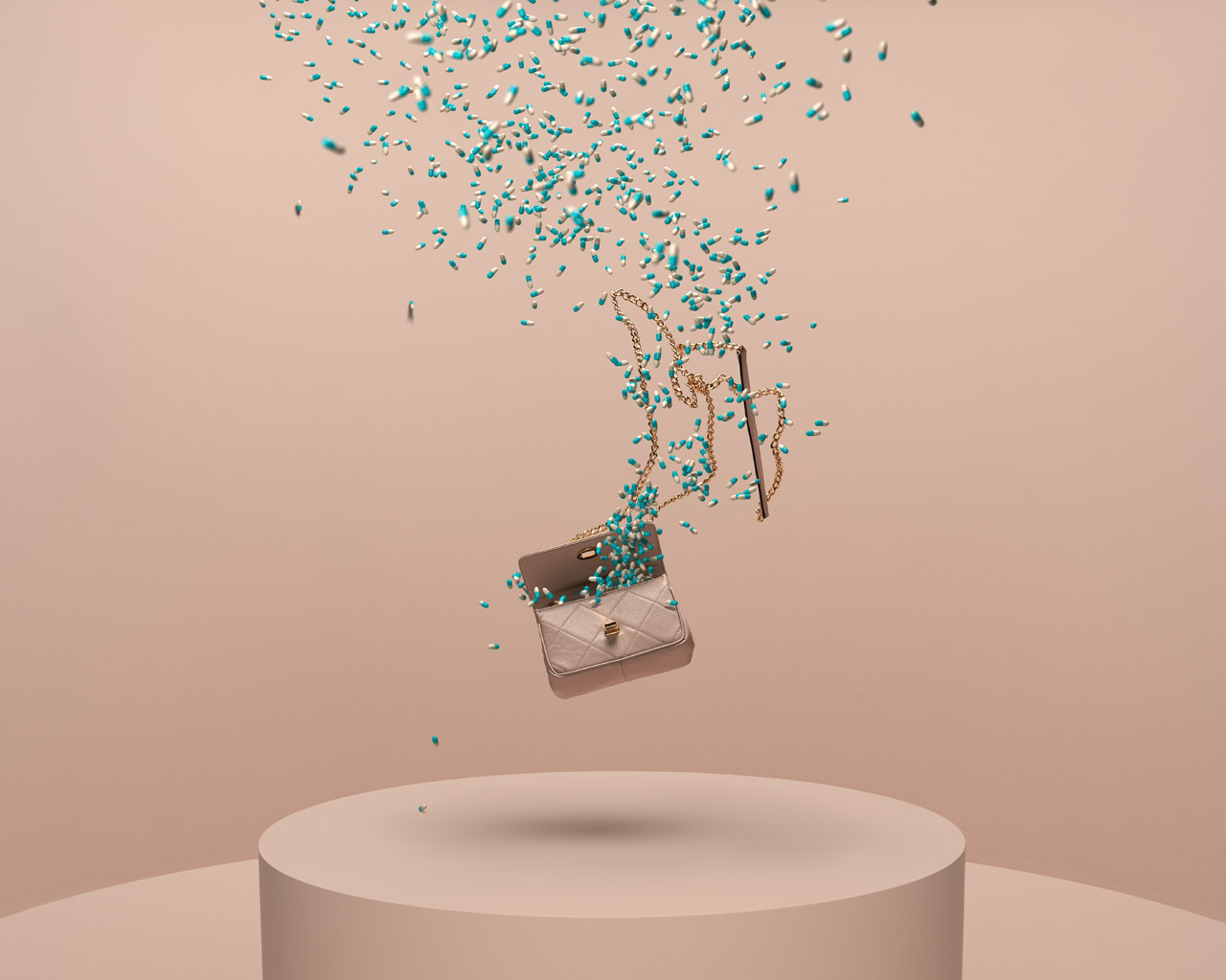 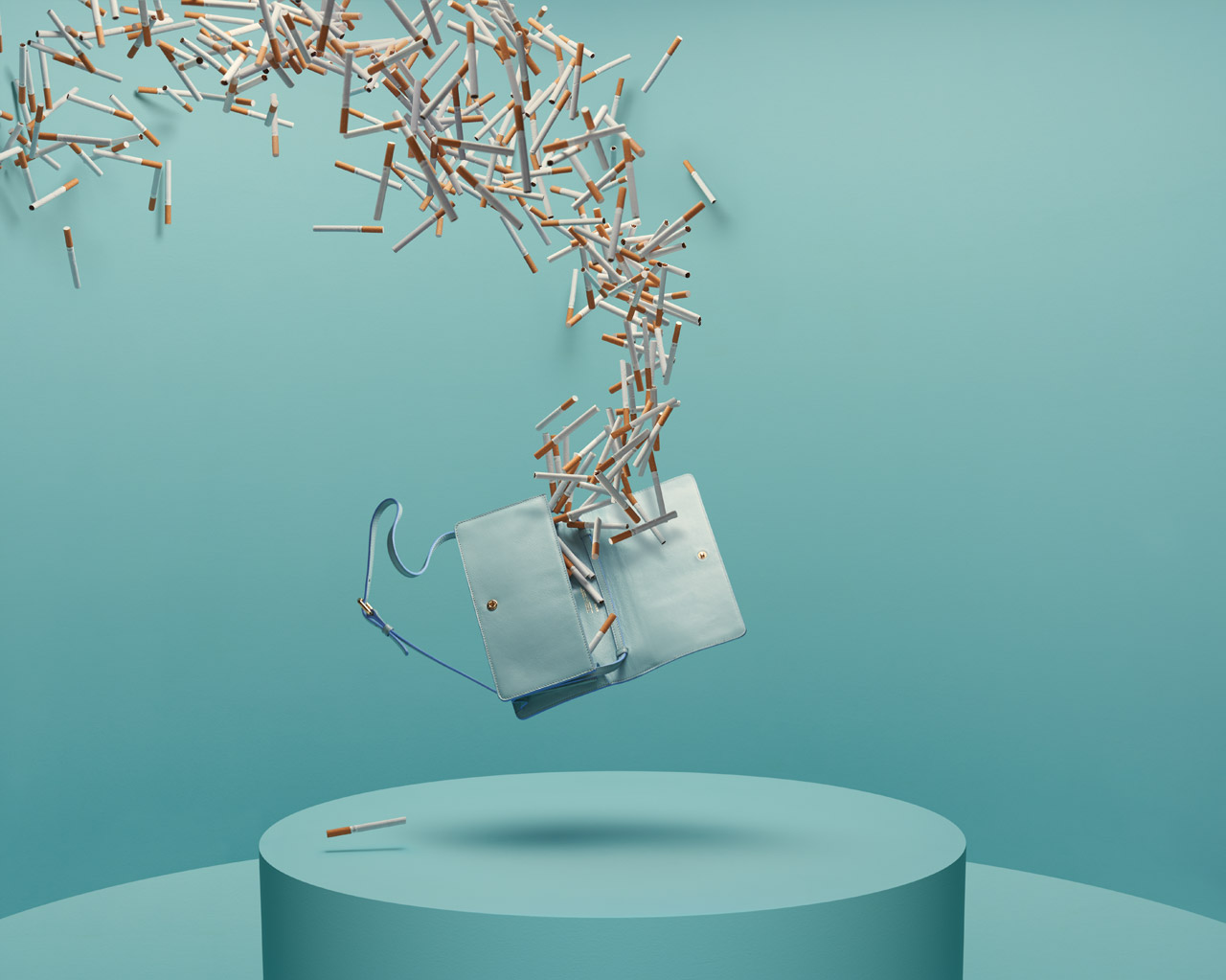 Castor / Polux is a young brand of handbags and leather goods from Spain that wanted, for their first image campaign, to highlight the brand’s values in an iconic and not literal way: hand-crafted, made in Spain, high quality European leather and fabric and, above all else, a design with solid roots in proportion, balance and classical shapes that emphasizes the permanent over the ephemeral yet with an absolutely contemporary design. Its owner and head of design commissioned us to create a series of photos with an open brief that had as its sole condition that the product must be shown, giving us total freedom from concept to execution.

We approached this very open brief from many angles at the same time due to the perhaps unconventional background of the photographers. Pedro is, foremost, an international commercial film director who has worked in the past as creative director in advertising agencies.Roberto has enormous experience in advertising photography as well as art direction, graphic design and interior design.

We love commissioned work and we also love to go through briefs and dissect the requirements, so we began with the ideas such as classicism, proportion and the permanent versus the ephemeral. We imagined, conceptually speaking, photos that were a series of living sculptures where a geometrically minimalist pedestal or niche would remind us of a museum or exposition spaces, cathedrals or art galleries. This idea led us to the design of the space where the compositions were to take place: two concentric cylinders, the larger cut lengthwise to allow us to see its interior- the space for the product.

We wanted to make reference to the Spanish aspect of the product without falling into conventions or folklore so we decided to give the images a clearly surrealist context. Dali, Buñuel and Lorca were the most important and visible heads of this Parisian Avant-garde so, for us, there are few things more Spanish than Surrealism which we believe is ingrained in our personality. The miseen scene of each photo comes directly from the impossible figurative language and the thin line that splits reality from dreams which is characteristic of the Surrealists. So as not to stray too far from a contemporary visual code, neither being too classic or too 20th Century with the images, we decided to go with a monochromatic palette allowing the contrast between the background and the object to be the result of the different refractions of light on materials such as paint and dyed leather.

The images have a clearly analog and organic look where we have even highlighted the defects in the textures so that the “handcrafted” attribute of the brand was reflected in our aesthetic proposal. We only used CGI when it was physically impossible to do things for real, establishing an interesting dialectic for the spectator between what is digital and what is real. From our point of view, this is one of the keys to the huge visual attractiveness of the images.

The final images result in positioning the brand on luxury market in the context of high quality materials and artisanship. In summary, these pieces are six eye-catching table-top product shots that break with the conventional aesthetics in its product segment, with an evident formal, visual and technical quality.

Pedro’s background as a film director is evident in the concept of time that each image conveys. Despite the abstraction, surrealist sculptural style, each photo has an intentional narrative. They are telling you something. They are frozen moments in which you can feel what happened just before and imagine what comes next. These photos are like random frames of a super slow-motion film, and to achieve this feeling was the result of extensive photo sessions where everything was done with the intention of transmitting the moment frozen in time. The mixture of disciplines, the detailed art direction and the infinite skills of Roberto in digital retouching made this a rewarding, energizing and even fun professional experience.

At this moment we only know the reaction of the client and her peers (mostly professionals with some connection to the image and fashion world) which is unanimous amazement. The client made a preview of the photos (without even their logo or other graphics) on the brand’s webpage and experienced a 300% increase on orders via their e-shop, nearly exclusively of the products that were depicted in these images. A promising start…